Last year I visited Chedder Gorge and Woolacombe in Devon. The weather was rainy & overcast….fantastic for diffusing light and creating soft shadows…an opportunity for me to push a roll of Portra to 1600. To follow steps on how to develop colour film check out my other post on Lomography Color Film 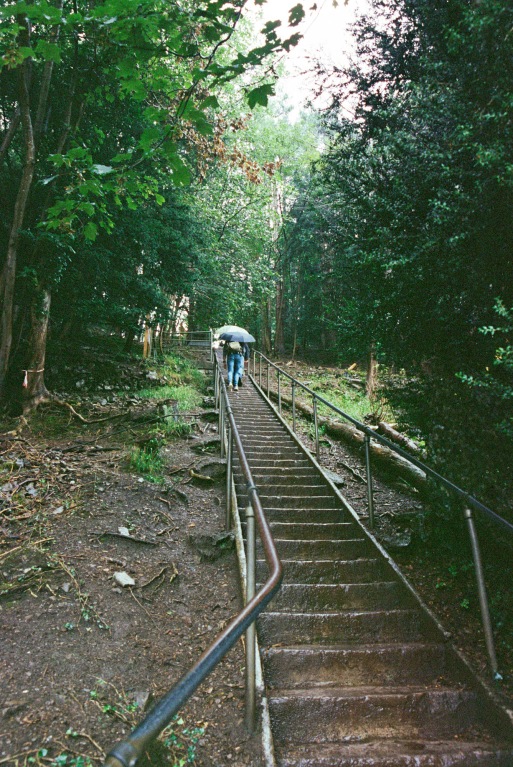 I’m very impressed with how this roll of Kodak Portra held up. I was expecting the shadows to be muddier but the contrasts and colours are looking great. The photos in Chedder Gorge on a rainy day work better than on a sunnier day in Woolacombe. On brighter days the contrast looses detail in the shadows.

Here is a collection of photographs from a visit to London Zoo, Devon and Trafalgar Square. To see the development recipe please check out my blog post Lomography 100 Color which uses the same Tetenal C-41 Developer 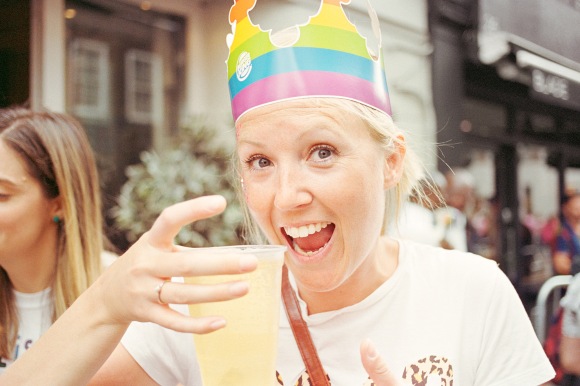 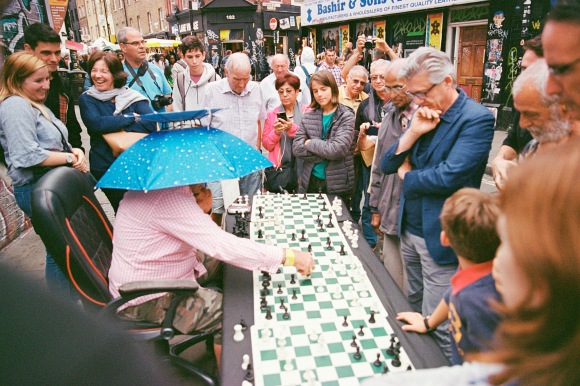 I’ve kept yellow and warm tones running through the beach images as I prefer this over cooler tones. The warmth adds a dreamy cinematic feel to the images.

Normal reciprocity is when your camera settings are balanced to allow light entering the lens to hit the light sensitive film evenly thus creating an image that is correctly exposed with no muddy shadows, high grain or blown out highlights – if you’re using colour film this will include no colour shift or colour cast.

So exposure settings of 1/60 at f/11 will give the same amount of light as 1/125 at f/8 as 1/250 at f/5.6. Remember to take in to consideration changing your aperture will affect depth of field and sharpness so if you are shooting at f/16 you’ll need to compensate using your shutter speed alone but hopefully from this example you’ll understand…

What is Reciprocity Failure?

The cut off point for each film type varies but there’s a reciprocity failure point for all film types – for black and white film this results in less dense images with increased grain, muddy shadows and blown out highlights. To compensate for this you will need to extend the exposure time and pull the processing time so highlights aren’t blown out but detail is retained in the shadows. Colour film requires similar time and processing adjustments to B&W but with the added bonus of colour shift. This can be corrected during post by adding more saturation and colour adjustments.

Interestingly reciprocity failure doesn’t occur in digital cameras – this is because light hits the sensor and is recorded in the camera whereas light can scatter and bleed into other layers on sensitive film. However a side effect of long exposures using digital is increased noise.

There are plenty of people who’ve taken the time to study different film stocks over the years and measure reciprocity. I used this graph by Isaac Sachs to reference Kodak Portra 160 & 400 to calculate how much time I would need to extend my exposures.

For Portra 400 reciprocity failure starts around 4s which would result in a 0.5x increase in exposure time. For those who want to see some results of over and under exposing Portra watch this video by Kyle McDougall.

This was a simple test shoot of 10 frames just to give me a baseline for future experimentation and to see what mistakes I make now so I can make informed decisions on a future project.

Firstly I should’ve shot a lot more, like the entire roll more! Secondly the changes in colour shift aren’t nearly as dramatic as I was expecting. Frame 6 (bus stop) is too bright from what I wanted. I love that the shady bushes behind have retained detail but the moodiness and amber light that was cast over the road has been lost. I could fix this in post – but showing accurate test results is what i’m presenting here – not a prize winning photo. Thirdly I should’ve experimented with longer exposures (20, 30s + etc) in darker areas using a cable release to really stretch the film and experiment with the same subject using different settings to set a baseline for reference.

Metering was taken using the camera internal ETTL as well as a Light Meter app. I used Tetenal C41 developer using the standard development time of 3m 15s at 38ºc. I did not pull the process. Full Tetenal development details can be found here 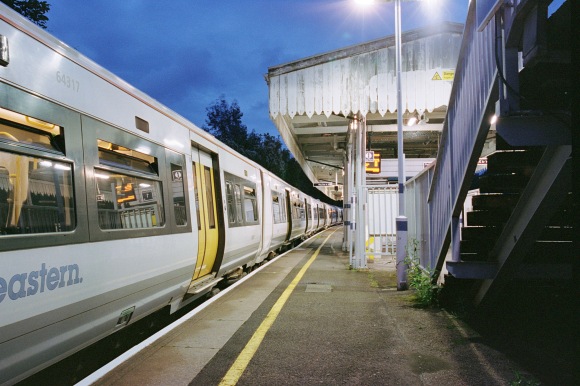 Frame 5 – I actually like the tones in this shot. Muted yet amber of the lighting nearby. Could do with a punch of saturation.

Frame 6 – getting washed out. Good shadow detail but lost amber glow and ambience of the environment. Too bright 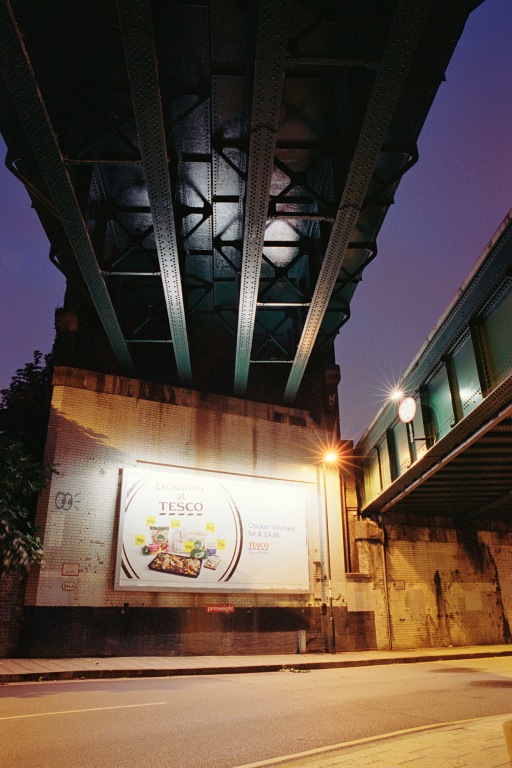 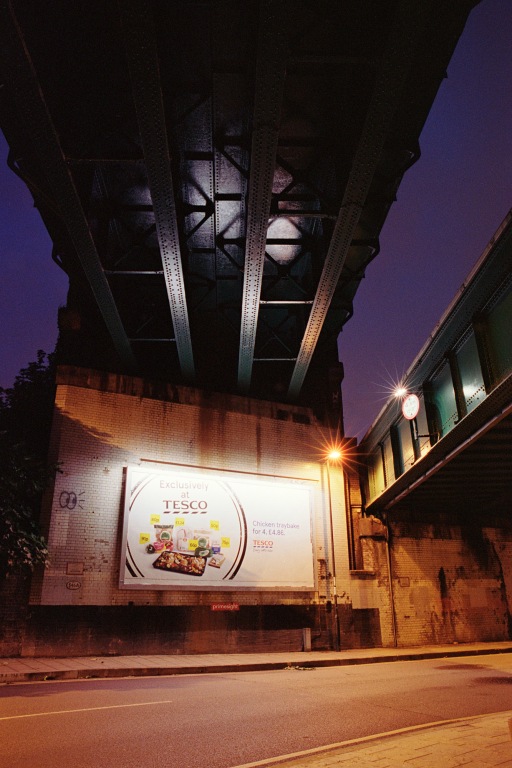 Have I missed anything out?

If you think I have missed something out or not give the correct credits please let me know on Twitter or the comments box below.

What is Reciprocity Failure?

Being so young at the time these were taken I do not know some of the people in these photographs. However they were taken in a small town called Brightlingsea on the Essex Coast during the 1980s. These photos are of my Aunts, Sister, Mother, Great Grandmother and Cousin – oh and the happy baby is me!